Every age has its heroes. In Season 5, assemble your team of superstars from the Modern Age and the Golden Age of the NBA, and unleash their powers in MyTEAM. This season is full of brand-new heroic players, epic challenges, legendary rewards and all-new hero themed cards. 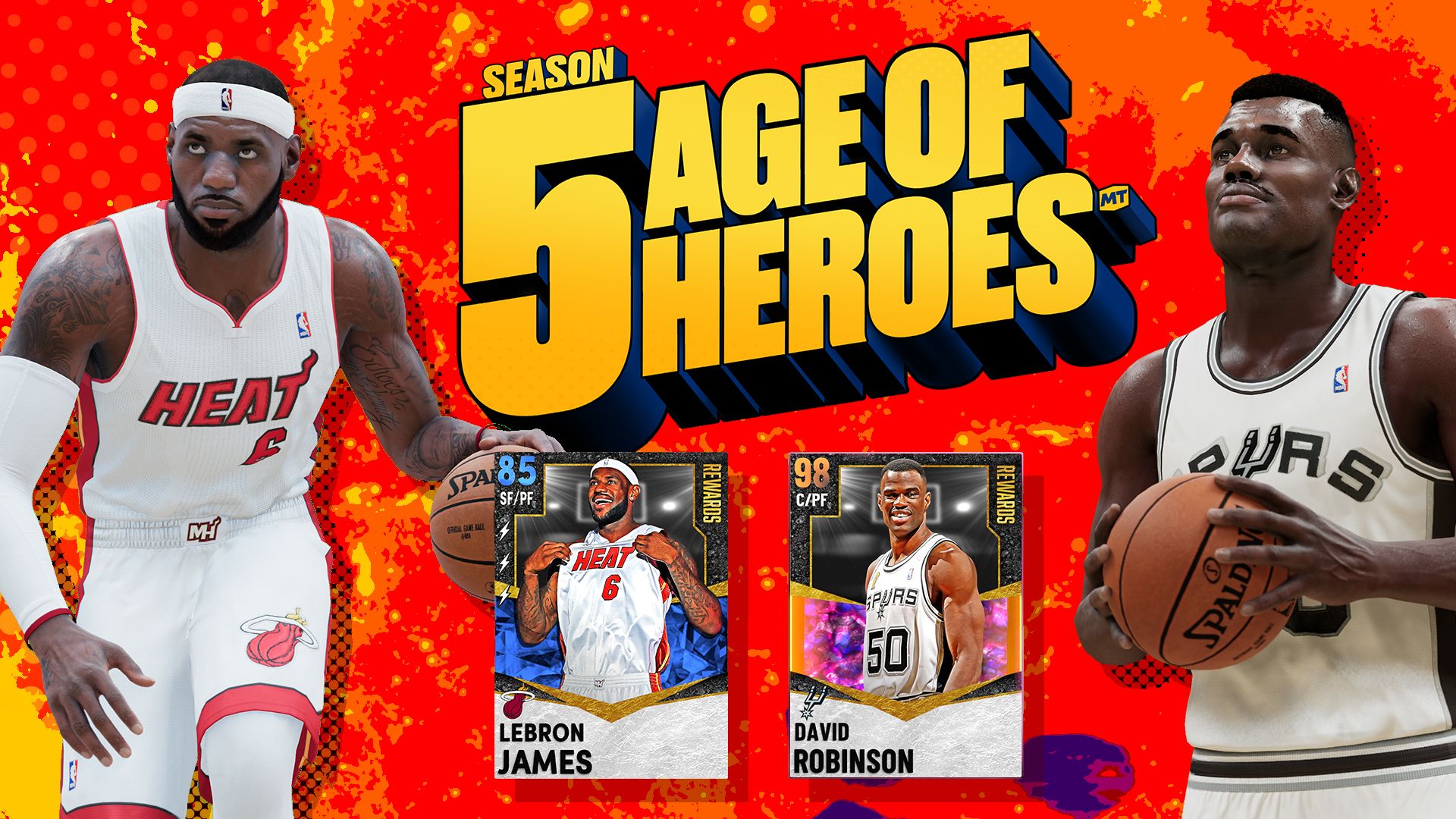 Tip off Season 5: Age of Heroes by building your very own hero, LeBron James. Redeem his Sapphire Evo card at the start of the season, complete agendas and watch him evolve into a Diamond.

True to its name, Season 5 debuts brand-new hero-themed cards to unlock, collect and compete with! Power-up your squad with 15 players from the Modern Age of the NBA, including future superstars Luka Doncic and Mitchell Robinson, and 15 legends from the Golden Age of the NBA, such as the Big Fella Shaq and Manu Ginobili. Assemble the entire sets for a super-special reward. Plus, when it comes to celebrating All-Star, MyTEAM is the place to be. Stay tuned for more details!

Every legend deserves a Signature Challenge, and this time it’s none other than 6x NBA Champ, his Airness; Michael Jordan. Play through one of Jordan’s most iconic moments; THE LAST SHOT. A game-winning shot that gave MJ 45 points, the Bulls a second 3-peat and their 6th NBA championship title in the 90s. Complete the challenge to earn a Diamond Jordan shoe and Hall of Fame badge too. If you don’t have a Michael Jordan card, redeem the locker code below for your free MJ MyTEAM card.

New Packs and Collections are available throughout Season 5: Age of Heroes. Check out what's available in MyTEAM today!

NBA 2K21’s IDOLS Series II returns in Season 5. Who will follow in the footsteps of legends like Yao Ming and modern-day champs like Anthony Davis? This season's releases bring an all-new IDOL, new themes and returning fan favorites! Plus, keep your eyes on packs throughout Season 5 to get your hands on more limited-edition hero player cards to join forces with. 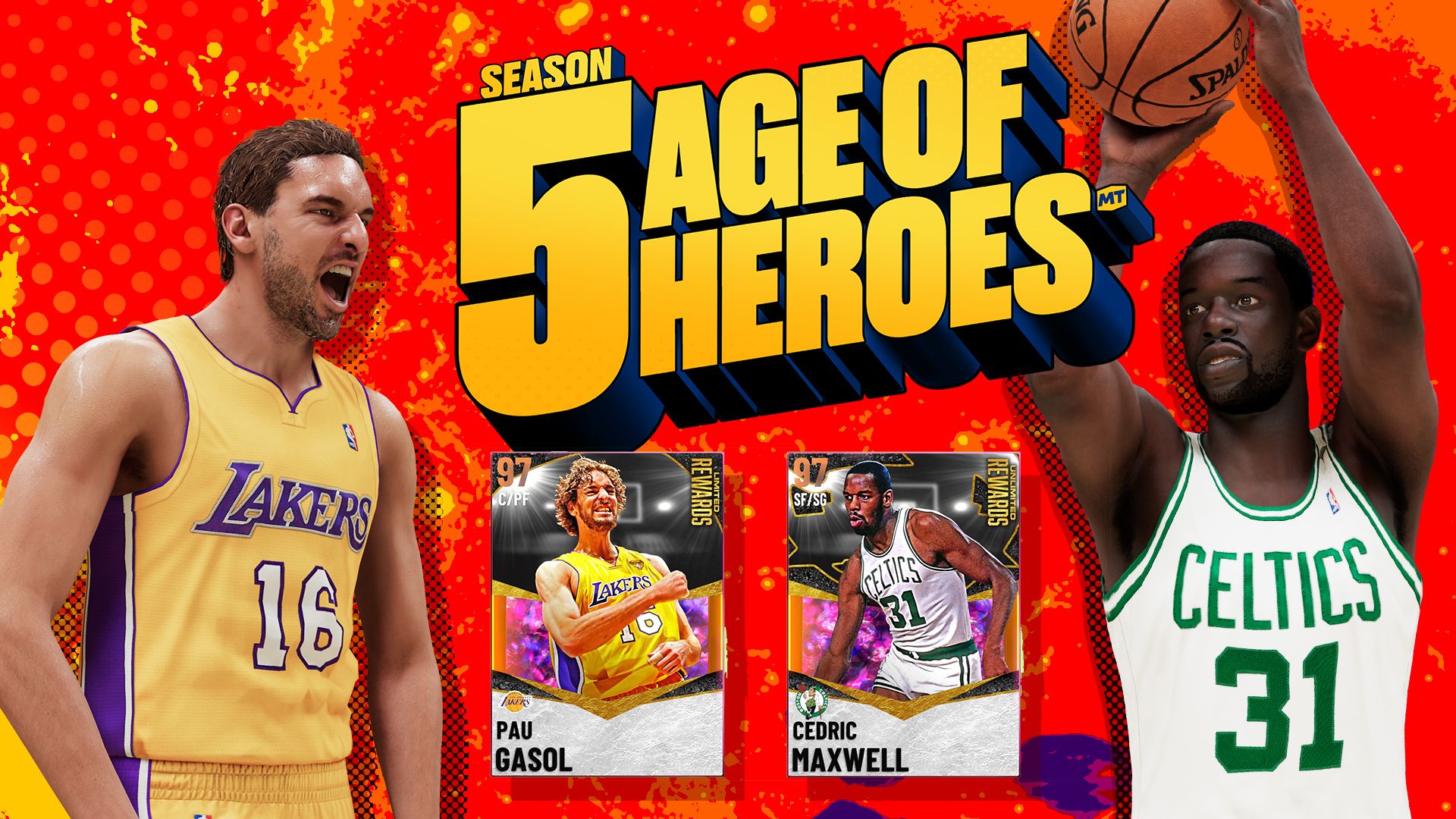 The $250K MyTEAM Tournament culminates in Season 5 with 32 hopeful qualifiers competing on February 20 in a knockout Tournament. The winners will move on to the Grand Finals on March 6 to vye for the Grand Prize of $200K, with $50K for the Runner-Up!

The competition doesn’t stop there... Take your talents to MyTEAM Unlimited and make your way up the ranks with your best lineup. Play through 9 Leagues to reach the top. You’ll need to win a certain number of games to advance, with more and more wins required as you climb the league structure and earn rewards. Go undefeated in Season 5’s Unlimited Opal League and walk away with Galaxy Opal Cedric Maxwell. 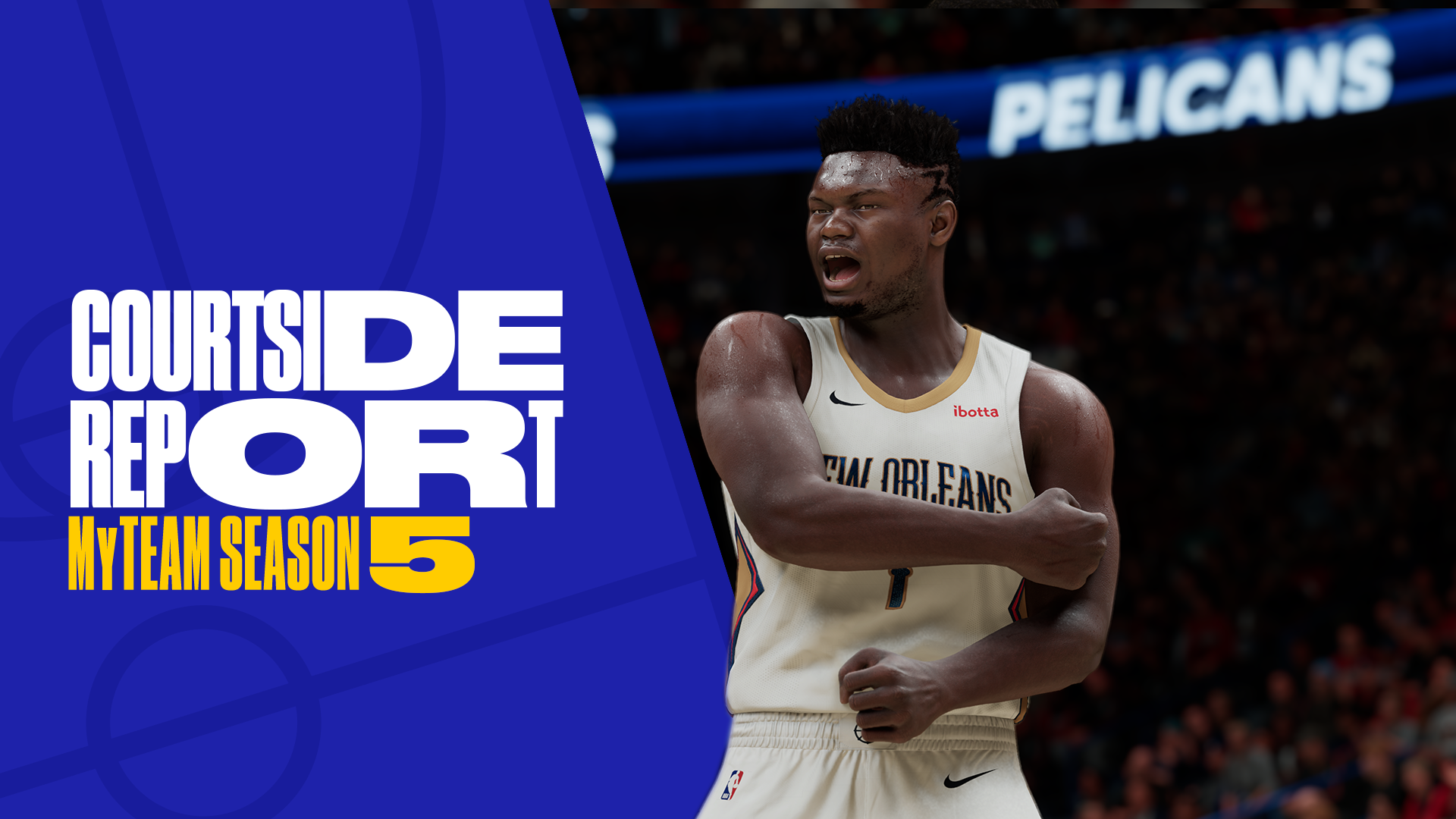 For more on all things MyTEAM, hit up the Courtside Report. From gameplay to new modes and features, it’s all in here.
GO 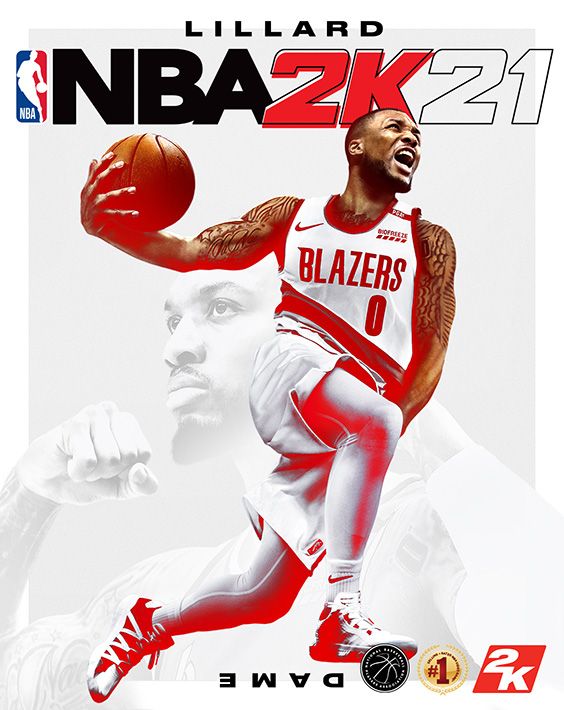